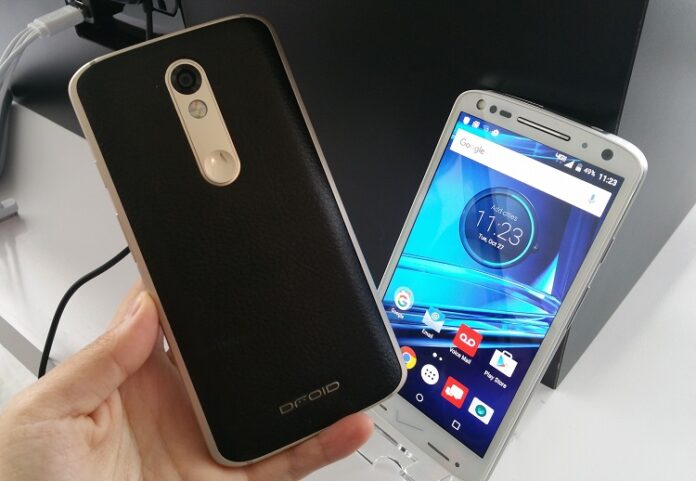 Flipkart has finally raised the curtains off the Moto Turbo, the same device that gives the Nexus 6 a run for its money. Made by the same maker, the device is a powerhouse. While the spec list looks like a wishlist that many people would be happy with, there is more than what meets the eye with this device. You know how we have a rough idea of how a phone would be by looking at the specifications, well the Moto Turbo managed to exceed those expectations for me. So, if you are on the fence about the Turbo, here some reasons why you should buy one.

Qualcomm’s Snapdragon chips are known to be the best in the business and are widely used by a lot of smartphone makers. The Snapdragon 805 is a very capable processor and comes paired with the best in class Adreno 420 graphics chip. The processor is clocked at 2.7GHz and is a Quad Core unit but the highlight of this setup is the graphics chip. The Adreno 420 is capable of powering 4K displays and recording 4K videos without breaking sweat. This makes the Moto Turbo future proof while letting you enjoy the best technology out there. There are only a few phones to sport this 805 processor (Note 4, Note 4 Edge & Nexus 6) and the Turbo is the cheapest of them all.

The 5.2 inch display on the phone isn’t very big like the other devices in the market, nor is it too small. The phone comes with Quad HD resolution (2560×1440), the highest resolution for smartphones at the moment. The display size makes the phone easy to use and pocket while delivering an insane 565PPI pixel density. I’m giving display size emphasis here because every other smartphone with a Quad HD resolution has a huge display (5.5~6 inches). The bigger display makes the phone a little harder to handle but thats not the case with the Moto Turbo.

If you glance at the spec sheet, the battery details would make your eyes pop. The phone packs in a big 3900mAh battery which is among the biggest batteries put in a high end phone. The battery is bigger than that of the Galaxy Note 4, the latest device in the Note lineup of smartphones. Despite the huge battery the phone is sleek and comfortable to hold and does not feel bulky at all. The weight seems to be well distributed as the device managed to hide its hefty 176 grams very well. Thanks to the Turbo charger in the box, the device can be charged quickly as well. Just 15 mins of charge time can deliver a backup of 8 hours which is simply amazing.

Motorola has baked in lots of useful features into the phone. Moto Display, which lights up the screen when there is a notification. The AMOLED display on the device helps to keep the power consumption down while showing relevant content. There are 4 infrared sensors on the face of the device just like the Moto X 2nd Gen that can be used to wake the display up by waving over it. You can also wave over the phone to silence a call or snooze the alarm. The Turbo also has the cool double crank gesture which launches the camera immediately and the device is ready to take a shot. The same gesture can also be used to toggle between the front and rear camera. An upcoming software update also allows user to trigger the flashlight by shaking the device sideways twice.

Moto Voice offers true touchless controls where you can simply get work done using voice commands. The feature uses hotword detection and can execute the command on its own or use Google Now in case of complex commands.

The front facing camera on the device is in the center. That wouldn’t make much of a difference you’d say, but it kinda does. The camera position helps to click better selfies as you can check thoroughly before clicking the image. The image does not look weird where you are looking at a corner towards the camera.

The ballistic nylon back isn’t just for show, the kind of finish isn’t available on any other phone in India. Unlike other phones that employ Aluminum or glass backs this texture offers better grip while still being distinct. The capacitive touch buttons instead of on screen buttons let you enjoy the entire display for content and games. Also just like other Motorola devices, the Turbo comes with a nano coating on top which makes it splash proof.