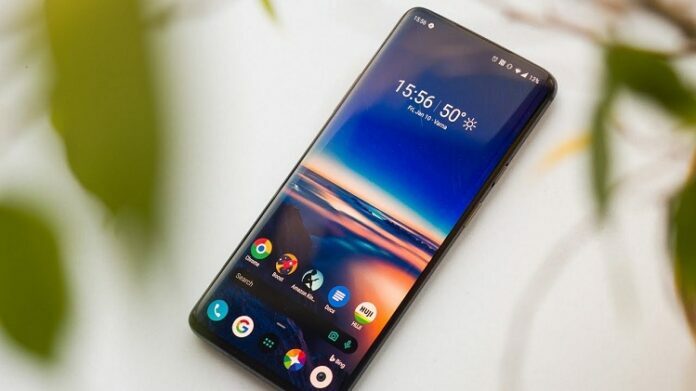 Android phones are gaining their position worldwide and are one of the well organized phones available, when it comes to customization. It gives you more possibility to customize your system, the way you want. And one of very initial step many of us take is to customize the launchers of our Android Device.

For those who don’t understand what Android Launchers are meant for … Simply put, Android Launchers gives the possibility to customize the look and feel of your Android device. You can change or to be specific customize the theme, icons, widgets, the app drawer and what not, and all of these can be done without rooting your system, of course for which many of us are afraid to do.

So, third party Android Launchers gives you the option to customize

And after understanding what they’re capable of, which one is best and which one to choose is the question that surely’ll sprout up. So, here are 10 best Android Launchers you should try.

What more, you can customize themes, icons and can even add homescreen gestures and can even hook around with different drawer style available to play with.

If it’s coming from Google itself, fairly easy to assume that it’s simple, quick and clear. Having 4 primary home screen windows, it works on all the devices having Android 4.4 or later.

Google Now just sitting there, which can be accessed by swiping right on the home screen, you can even trigger any search by saying “Ok Google” from the Home screen, be it any normal google search or even for sending text to your friend or even calling someone by saying aloud, all can be done from home screen only.

However, Google Now Launcher offers no extra customization options as comapared to other launchers, which can be pretty single thing many of you power users would love to bet on other launchers, but for someone starting new to customize their experience, this can be the launcher with zero effort to put into.

Within short period of time, Action Launcher turned out to be the most loved Android launcher among hardcore Android community. It infuses many features of Action Launcher 2 (previous version of this launcher) and Google Now Launcher and comes with the material design.

The slide-out quick drawer to access all your apps in a jiffy and something interesting called “Shutter”, using which you can swipe the app to see its widget are some features which makes this Android launcher stand out from the rest.

With sliding quick drawer for apps, Launcher Pro gives the option to add upto 5 apps on each dock that can go with as many as 7 home screen, each time differently.

You can even choose between the vertical scroll in simple 2D way or you can opt for 3D vertical scrolling. However, the availability of themes might disappoint you.

Nova Launcher is arguably the most used, known and one of the best Android launcher among Android users. With a little tweak and lot of features, it gives the feel of stock Android to the users.

Having “Ok Google” feature, just as same as Google Now Launcher or the stock Android, Nova Launcher has over 5000 Icons themes available to choose from. You can even customize the drawer for vertical or horizontal scrolling, with the option of creating multiple docks and scrolling between them.

You can even place widgets in your dock.

After making the mark in Asian market with their high end – low budget devices, Xiaomi’s Mi Launcher is for those you tends to be getting iPhone experience on their Android device. So, yes this is different from MIUI stock launcher. You’ll be getting app drawer, with an option to switch it off, doing which, all the installed apps will be spread out on different home screen, which are customizable.

You can even choose different lock screen from MiLocker, which comes with vast repository of user created lock screens. You can customize the icons, their size, their fonts or even can tweak app drawer for infinite scrolling and what not?

With over 2 million downloads till date, Go Launcher is simple, clean and comes with flat theme design. To add to that, over 10,000+ themes are available to choose from.

Also, features like Go Panel, which accumulates the most used application, which can be accessed by single tap from home screen, to 3D transition effects makes Go Launcher not so customizable but good Android Launcher. However, cross promotion done frequently tends to be annoying.

The prime reason we choose to opt for third party Android Launchers is to make the interface aesthetically more appealing, no? Next Launcher 3D is very different from all other launchers. As name implies, this launcher redefines the Android device with its 3D effects and highly customizable home screen.

Also, there are plethora of transition effects and the themes and 3D Next widgets are added at regular interval giving the large option to choose from, making it one of the best Android launcher out there.

Get Next Launcher 3D

Sheer beauty will be the perfect word to describe Buzz Launcher. Having huge portfolio of themes to choose from, this launcher is the only one which is capable of satiating the thirst of something different each time.

You can even create your own widget, yes fully customizable option using Buzz Custom Widget. The only drawback of this great Android Launcher is you’ll have to spend some time to really master the flow of this launcher.

Launcher 8 is known for blending Android look with Windows feel. Having features like tile style home screen, where you can customize the tiles from every corner, be it the color, fonts, size, pretty much everything is customizable. You can even customize your Android device with those live tiles.

So, if you want to surprise your friends by having Windows interface in your Android device, Launcher 8 is the best Android launcher for this purpose. However, some section of live tile don’t work well as compared to original Windows phone 8 interface.

So, these are the 10 best Android Launchers, listed in no particular order, which you can use to customize your Android device without opting to root. Which one to choose purely depends on your personal preference, based on what you’re exactly looking for, but in case you’re happily using any other Android Launcher than the one listed above, do mention it down in comment section!