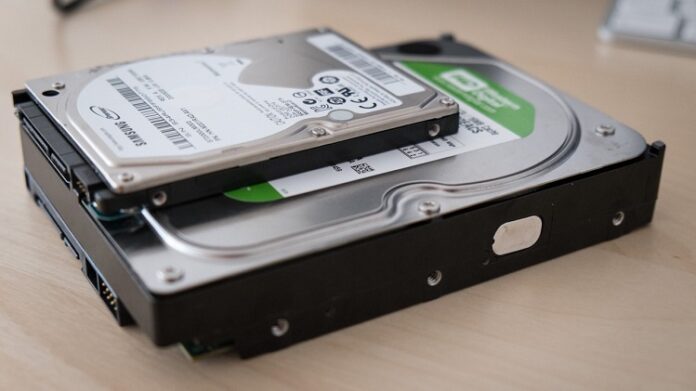 Choosing a compatible and best Hard Disk Drive (HDD) is always tricky when you have a lot of options to choose from! Ever since the invention of HDDs dating 50 years back by IBM, the technology has changed a lot. But why HDD why not Solid Disk Drive (SDD)? Well, if you’re already in search for 5400 RPM Vs 7200 RPM HDD, you might be well aware of the issues of choosing HDD or SDD. If not, read on to know more!

Why Choose HDD Over SDD?

If you compare the speed of SDD with HDD, it’s lightning fast, but it comes with its own cons. SDD usually has less storage space as compared to HDD and consumes more power of your laptop’s battery to perform faster. And in modern days, most of the laptop users look for longer battery backups! This is when HDD comes into play! Of course, HDDs are 20-40% slower than SDDs depending on the configurations and the manufacturer.

So to ensure that your laptop is faster enough and it runs for a long time, HDDs are still ruling the laptop segment. Pick any 100 brand new laptops, you’ll observe that more than 85% of the laptops still run on HDDs as they’re compatible and fulfills the users’ needs. Now that you know why HDD is chosen over SDD, its now time to discuss which HDD can be suitable for your laptop. Is it 5400 RPM hard disk drive or 7200 RPM hard disk drive? Let’s find out!

Before I start comparing these HDDs, you have to know the technical factors on which the speed is measured in hard disks. There are two terms which you need to understand before we start this comparison of 5400 vs 7200 RPM hard drives. One is Areal Density and another one is RPM. The speed of the hard drive is measured on the basis of how fast the data is being transferred through the platters from the read/write head and sent to the computer. It depends on how fast the platters (spinning media) spin and the data transferred is usually measured in Gigabytes per second.

What is Areal Density in HDDs?

There are two ways to measure areal density, one is tracks per inch (TPI) and another is bits per inch (BPI). Now as the data bits get closer to each other, the higher will be the BPI. In the same way, when the tracks are placed closer, the TPI will increase. When the data bits pass faster through the head of HDD, the areal density is increased.

What is RPM in Hard Drive?

RPM stands for Revolutions Per Minute! When the platters spin faster, it increases the performance of HDD. As the data is transferred at the higher rate, the RPM increases.

So these were some basic terms which you need to understand before getting into a detailed comparison of 5400 RPM vs 7200 RPM hard disk.

HANG ON! It’s not all about performance if you’re looking for a long run. There are many other factors too. Here are some of them which must be taken into consideration when you buy a hard disk drive.

Now that you know which hard drive performs faster in terms of data transfer, it’s quite obvious that the drives which use the most resources of your computer will utilize more battery power to process faster. So if you want a long battery life and can adjust with some slower speeds (it’s not that slow), you can go with 5400 RPM hard drive. If battery life isn’t a concern, then I would definitely recommend 7200 RPM HDD.

While everyone just looks at the speed and battery, there are many other factors which are overlooked! A couple of them are heat and noise. When it comes to 7200 RPM hard drive it produces more heat as it programs faster and after a particular duration of time, it goes noisy too. So if you want to avoid this, you will be happy purchasing 5400 RPM hard disk.

The higher the RPM, the lesser the lifespan! Yes, that’s true in most of the cases. 7200 RPM hard drives don’t last long if you compare with 5400 RPM hard drives. And that’s the reason why most of the techies prefer either 5400 RPM HDDs or maybe sometimes SDDs if they want less storage with higher data transfer rates.

If you’re looking for a cost-effective option, 5400 RPM HDD is your way to go. Taking heat, noise, lifespan, battery life etc into consideration, 7200 RPM isn’t a great choice if you’re spending more to purchase a hard disk drive. Of course, if you have your pockets full, you can definitely go with it but, if not, 5400 RPM hard drive will be an affordable option.

If it’s just performance which you want, then you can go with 7200 RPM hard drive. But if you want to consider all the above factors and can adjust with a little slower performance speeds, 5400 RPM hard disk drive would be an ideal choice. Apart from that, if you have enough budget and want to adjust with a smaller storage capacity, say 512 GB, then SSD works like a charm, go for it!