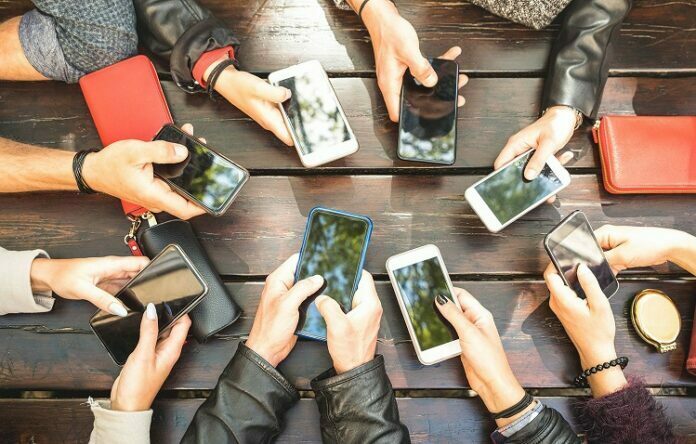 Today in this developing world, Smartphones has now become an essential and most popular gadget and integral part of our life. But with this technology, sometime you can feel low due to slow typing, don’t you?

And guess what? The condition will be more disastrous if you are involved in a chat or important mails. But don’t worry as here are some killer ways that can help you in typing on this touch keyboard much faster as before.

Here are 5 useful steps that can help you in typing faster on any of the Smartphone as all of them have similar functions.

If you’ve just started using touch device, traditional method of typing is just for you. A good position of your Smartphone can make you type faster.

So, what the heck is this traditional method?

Well, It is index finger method used by many people or generally speaking, the users who’ve just started using smart devices. In this method you can hold your Smartphone in one hand and use the index finger of other hand for typing. Sounds bit weird, and don’t blame us, as all traditional things sounds un-cool, but again it’s one of the best method to get equipped with in no time.

You probably have heard about the thumb rule every now and then, but in case of smartphones, it is somewhat different and called “Two Thumb Rule”. With this method you can feel more comfortable and typing speed will increase as compared to index finger method, thanks to two hands covering all corners of your device.

As in this method you’ll be using two fingers of both hands for typing and you can easily reach to the touch keys which enables you to type faster when compared to the first method. Also, you can turn your smartphone orientation like in landscape pattern so that you will find a wide range of typing.

Finding answer about which method is convenient to you totally depends on you as both of them are useful in different condition.

Word prediction is a useful feature provided by the keyboard of your Smartphones. This facility gives you predictions while typing so that you can select the words and save the time of typing the whole word. It is an inbuilt function and is available with your Android or Windows phone. The only thing you have to do is to tap on the suggestion provided by the keyboard and that word is automatically included in your message.

Going one step further, if you’re using third party keyboards like swift-key, you can pretty much enable cloud sync, which eventually will sync your typing patterns and words you write. So, next time you want to write the same word, it would be much faster, as the suggestion will sprout up instantly.

And if you can start using swipe features on your smartphones, it’ll be like having cherry on the cake. Though it’ll take time to get used to it initially.

Auto Correct is the features which many of us turn it off, knowingly that it can save hell lot of time, no? So, do as many as mistakes you want to do while typing because this feature which automatically correct your mistake and will definitely increase the typing speed, knowing the pattern you follow, of course.

And yes, if you’re using languages other than standard one, i.e. English, do keep the sync of your third-party keyboard (in case you’re using) on, so that Auto Correct feature will also work with your local languages.

Ask yourself, how many times you’ve used the in-built microphone of your smartphones to give commands to your smart device? Irony is that, we’ve got this feature, which can be super time saving, but majority of us don’t use it anyways.

Smartphones are coming with this advanced facility of voice recognition feature which even can make you type by just speaking out loud. This facility however comes in some of the specific version of your smartphones. To use this feature, Just press the small microphone icon and you will see a message of “Speak Now”. Say what you want to type and the function will convert your words into text.

However, do remember that you should properly pronounce the word, so that system can understand.

Using this 5 tips on daily basis, you can surely increase your typing speed on Smartphones, much much faster than you think!