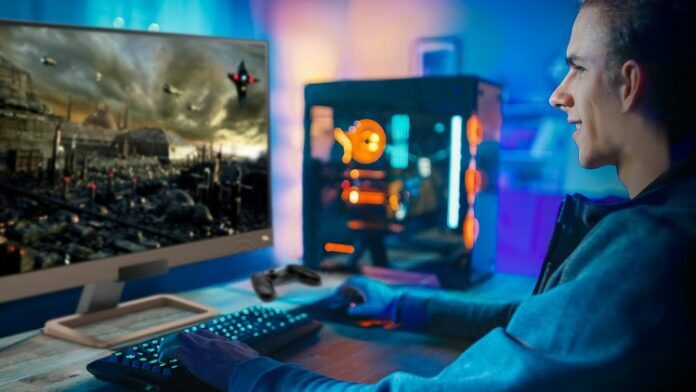 Are you a crazy game player? Are you the one who always look for something craziest to play?

What more can be expected than a full HD display, stereo speakers and Windows OS to gain an amazing gaming experience?

Microsoft Store is packed with loads of blockbuster games which can make you confused about what to choose for downloading. Obviously, you will go for those which would not break your budget. So, what if you will get numerous exciting and interesting games absolutely free of cost?

Microsoft Store provides you an opportunity to pick your favorite ones and enjoy your free time either with your friends or family, or you can even enjoy your own company to the fullest.

In this article, we have come up with the 5 best free games from Microsoft Store which you can play on your Windows 10 PC.

It is one of the best, most fearless action cars racing game which ensures to give the ultimate console racing experience to the players. It offers you a chance to show your driving skills on the real hypercars that cannot be found in any other racing game. You require picking your favorite cars, such as Ferrari, Porsche, Lamborghini, W Motors or other and race across different locations against the opposing speed machines to win the race and become a Legend of the track.

Sniper Fury is all about showing your shooting skills where you have to take quick action and strike back to become the best sniper in the world. The main aim is to find the evil, no matter wherever it hides and kills it. You just require performing your duty and shoot whenever you find the evil. You need to strike against soldiers, vehicles, and others; this can be your best game for FPS gun fun.

It is one of the best physics-based driving game you might have ever played before. This game involves a young aspiring uphill racer who is on his journey across the locations where no ride has ever been made before. The main aim is to help him reach the highest hills up on the moon. You have to overcome the challenges comes on your way using several different cars.

It is another shooting game which has gained worldwide popularity due to its sharp controls, impressive graphics, and high-powered guns. With the various classes, you can go level up through single and multiplayer mode. You can either choose a solo play campaign or add your friends to play in a team, where you require shooting your way through a variety of situations to save the world by launching an attack against enemies.

It is one of the most entertaining adventure games, where you and your friends are on the adventurous journey across the Overworld, including the Nether and The End, and beyond. The game revolves around to find the Legendary Order of the Stone- Gabriel the Warrior, Ellegaard the Redstone Engineer, Griefer, and Architect; slayers of the Ender Dragon. When you and your friends learn about something suspicious, something dreadful, you all have to set a mission to find The Order of the Stone. All is done to save the world from oblivion. The first episode is free.

There is a huge list of free games to play on Windows 10, which can make you confused about what to choose and play. But if you have specific choices or you love to play particular types of games like racing games, adventure games, puzzles, etc., just shortlist them and get them one-by-one to enhance your gaming experience.