No doubt that Apple has created its name in the world of Technology, and when it comes to apps, Apple’s App Store has numerous interesting apps under their roof. They not only bound users operating iPhones with their technology, but they also attracts users operating on different system. And yes, needless to say that there are many applications, dedicatedly pushed for iOS users, which many of us (Android or Windows users) find very useful and always wish to use it, no?

But as we all know that one of the biggest issue faced by all tech lovers for getting themselves into Apple’s eco-system is the price and then the availability in the world. Some might be more towards the option of customisation what they gets in Android, while some may opt for other device, thanks to high priced Apple devices.

But again, at some or other point, we all wish to use those iOS Apps, didn’t we?

Here is the catch, you can easily operate iOS apps on your Windows based PC. For example you are having a Windows PC and want to run iOS apps on Windows, which can be done pretty easily, thanks to iOS Emulator.

And in case if you’re wondering what the heck is “Emulator” … Emulator is a medium for using cross-platform app, as it creates an environment required by the application you want to run. By this, most of the users can fulfil their wishes of using many iOS applications which they can’t without having an Apple device.

iPadian is one of the most used medium for running iOS application on Windows based PC having Windows XP or later versions.

All you’ve to do is to download the application, and once done, proceed to download any iOS based application from iTunes or App Store which is an easy-peasy task, thanks to the developers of iPadian, who has developed their own App Store (in case you’ve any issues in downloading from Apple Store) where you can find hundreds of useful applications.

And once done, run iOS apps on Windows using this emulator.

HOW TO DOWNLOAD AND USE IPADIAN ON YOUR WINDOWS – THE PROCEDURE

Sometime you may find difficulties in downloading, installation as well as in using the emulator. That’s why using these directions given below, you can easily download this application and operate it on your system.

To access the same, hit the shortcut button on your HomeScreen.

You can download the iOS apps using the in-built App market provided. Search for any app or games, download and install it on your system and enjoy!

In case you’re looking for alternative of iPadian, for whatever reason it may be, there are more emulators out there, which also give you the facility to run iOS apps on Windows based PC.

It is an simple iOS emulator you should try out to experience running iOS apps in Windows PC. But besides giving the facility of operating iOS application, there are some more feature that are associated with Air iPhone Emulators, which includes features like making and receiving calls directly, sending text as well as voice messages and what not.

It’s not just an emulator but it is much more than that as you can even create your own application and try them out just like Android SDK. The only drawback with MobiOne Studio is that it is not available for free and so you can only have a 15 day trial version, which is again not bad for trying different iOS apps. 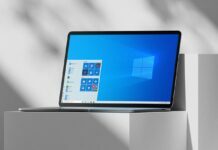