Advancement in the applications available with smartphones is one of the main reasons in the gaining popularity of smartphones, without which almost everyone of us can’t even think to spend a day. And applications like WhatsApp or calling Apps makes the communication smooth and drastically cheap as compared to traditional methods. For instance, you can call to anyone in the world using a smartphone having application like Skype or Viber.

As we all know it very well that by using these applications, we can call anyone anywhere in the world using our data pack of Wi-Fi connection. But the passion of developers in developing new and innovative applications has once again changed the way we do the things, and this time it’s done by app called “Ringo”.

A new app named “Ringo” which was officially launched last year in 16 different countries of the world has now launched in India. So, it is good news for all Indian smartphone users as they can avail services of this app from now onwards.

So, what made this application create user base when we already have Skype like application?

You may assume that it is just another same applications like Skype or Viber for calling all around the world using your data or Wi-Fi, right? Oh boy! You’re so wrong ! Think twice before assuming this because Ringo is different from other applications in same category. The reason is, it neither uses your data nor your Wi-Fi network.

And in case if you’re wondering, voice calling from “Ringo” in terms of quality is just same as calling from your phone on your carrier but the difference which makes it most important app and best alternative is the cost of making call, which is 70% less than that as it’s charged by telecom companies for international calls.

You can use this application easily but before this you have to create account on Ringo and then have to transfer Rs. 20/- to Rs. 200/- in your wallet. The app will automatically synchronize your contacts after you successfully created the account and that’s it!

You can then connect to anyone anywhere sitting at any corner of the world. As per company’s official statement, calling from Ringo will cost you almost 70% lesser than the service providers like Airtel or Vodafone and also from applications like Viber or Skype. Just in case if an Indian users calls someone in US, Canada or in China, then they have to pay only Rs. 1.08/- per minute, which is darn cheap as compared to what network carriers charge.

Needless to point out that Ringo will be the best alternative in India if you’re using Skype or Viber to cut down the rates, as both of them use data pack or Wi-Fi networks. And it is worth noticing here that reliable connection of Internet is still a dream in India then nothing will be as useful as this app with such an affordable price.

If you’re curious to know how Ringo works, here is the simple process they follow. Ringo follows a unique procedure for converting international calls into local calls. That’s, when a user from India calls somebody in US then Ringo generates two local calls itself, one for the Indian user and another for the US user and then connect both calls to each other. 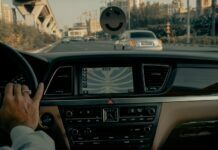 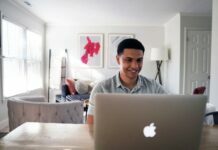 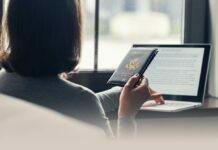